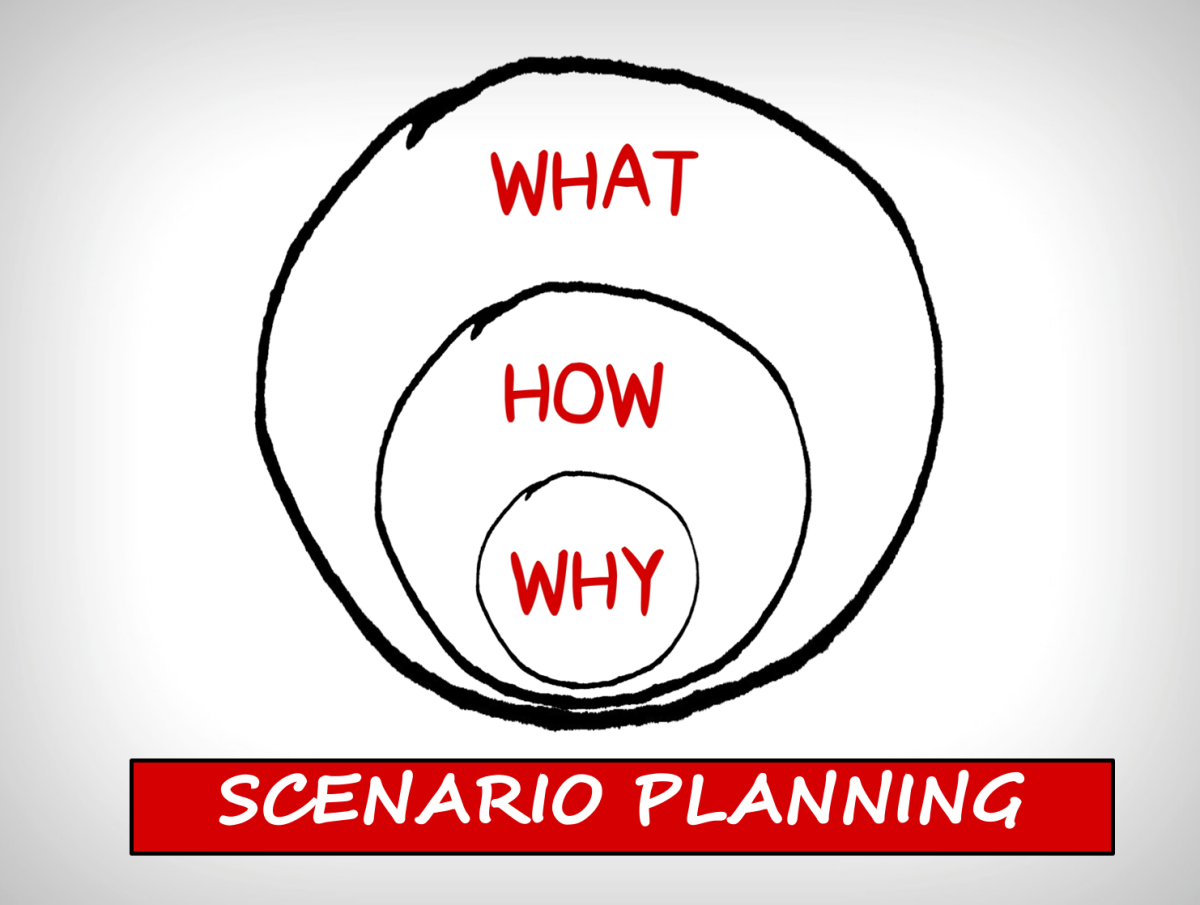 Most plans and financial projections are based on a single course or scenario. Single-point projections and scenarios have a number of shortcomings. First, they ignore the presence of uncertainty: the future will be different than we anticipate. Second, they contain dozens of assumptions, many of which are critical and buried in the mechanics of our projection models. In times of uncertainty, Scenario Analysis and Planning are critical tools.

Scenario Planning can be applied to all types of financial projections. Whether you are projecting financial earnings, estimating Cash Flow and liquidity, or evaluating product development or capital investment decisions, Scenario Analysis provides context and encourages preparedness for the future. It is not simply a financial planning tool but an integrated approach that can assist enterprise-wide efforts in preparing for an uncertain future.

What Is Scenario Analysis?

Scenario Planning and Analysis is a tool to assist in making decisions under uncertainty. Generally, most operational plans and financial projections are based on a single course or scenario. This scenario is based on many significant assumptions about the future that are often not explicitly identified. Many of these assumptions involve uncertainty, and that could have a significant effect on the projections.

For example, what economic assumptions are our operating plans based on? Recession or growth? Inflation or stability? Interest rates? Labour market conditions?

Scenario Planning differs from Sensitivity Analysis in that it goes beyond flexing key variables (10% revenue decline) to contemplating a complete story (e.g., recession). A scenario is a possible future narrative (a story). A "story" will typically impact several variables/drivers. For example, a recession scenario would likely affect some performance drivers, including unit sales volume, pricing, cost of materials, human capital turnover and compensation. Scenario Analysis will estimate the total impact of the "story" on a firm and encourage the development of a mitigating response.

Scenario Analysis can be utilised in any plans or projections about the future that involve uncertainty (all projections):

Utilising Scenario Analysis has many important benefits. First, it promotes an awareness of uncertainty and provides a range of possible outcomes (scenarios). Scenario Planning can also counter "group think" by encouraging discussions about events and alternative outcomes. It also encourages developing a deeper insight into critical drivers and assumptions and developing a process to track leading indicators of these factors. Identifying indicated responses to various scenarios increases our operational preparedness for various potential outcomes.

Whether we are projecting the impact on revenues, earnings, or Cash Flow, Scenario Planning requires a robust model to estimate the outcomes under different assumptions. Without a strong model, attempts at Scenario Analysis will be difficult. Requirements include:

Developing future projections requires using dozens of assumptions, including the economic conditions, the outcome of major contract competitions, the timing of new product introductions, M&A and competitive pressures. Critical assumptions must be identified and evaluated as part of setting the Base Case (based on the most likely outcome of key assumptions). The illustration in Figure 2 focuses on the economic uncertainty in the 2023 Operating Plan. The company identified several leading indicators/critical assumptions. 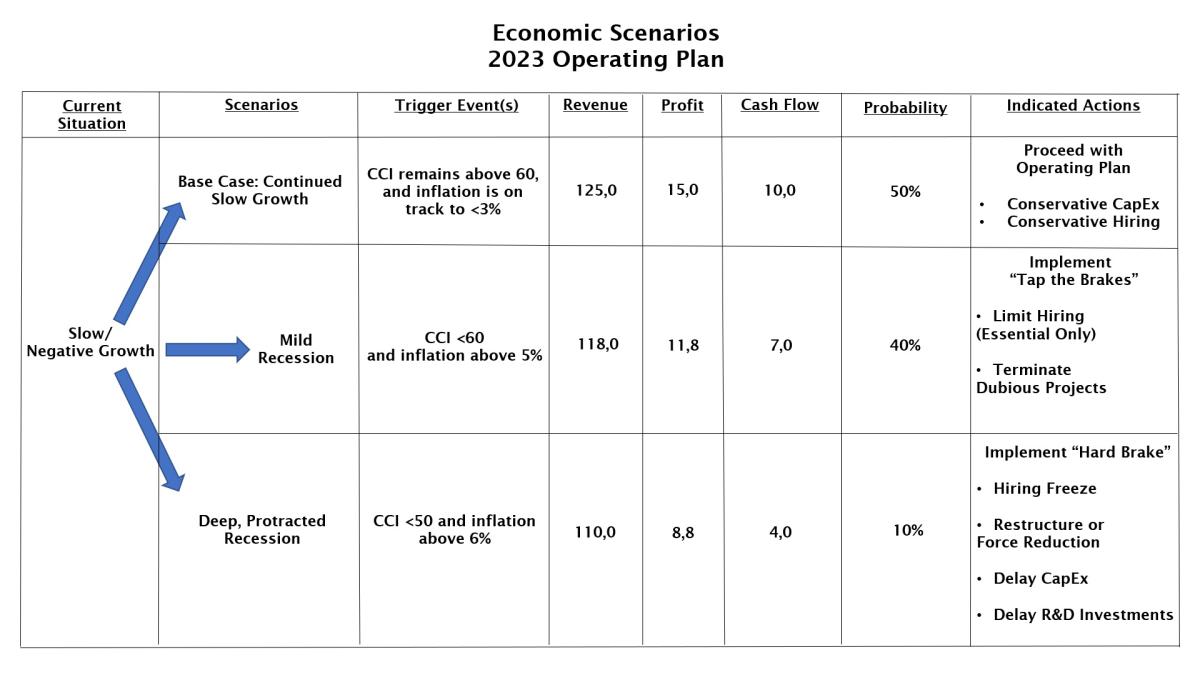 3. Identify possible scenarios and select a Base Case

During uncertain times, we need to identify and contemplate a variety of potential outcomes. In our example in Figure 2, we identified a slow-growth economy as our most probable outcome, representing our Base Case. The company also identified two other scenarios, a mild recession and a deep, protracted recession. For operating and strategic plans, it can also be helpful to identify other potential scenarios, such as a "Black Swan Scenario". It means recognising the possibility of a low-probability, a high-impact event occurring during the planning horizon, e.g., COVID-19, geo-political events, et cetera.

After identifying scenarios and assumptions, we can create a script of how each scenario would likely play out. We can then model various scenarios and identify leading indicators, critical decision points, and potential responses. Visuals such as event trees are helpful in understanding and communicating potential scenarios and related outcomes and mitigating actions. The real benefit occurs when leaders identify and evaluate potential actions indicated in each scenario. In some cases, the actions are indicated under most or all scenarios. These actions are called "no brainer" or "no regrets" by scenario planners as they have little downside under any scenario.

A key part of effective Scenario Planning is identifying "trigger points" - events or thresholds that will trigger the implementation of the responsive or contingency plan. In our example, the company has determined that consumer sentiment and Inflation are the two critical predictive indicators of economic impact on 2023 revenues. These trigger points, set during the Scenario Planning process, reduce the tendency for managers to delay action, waiting for "one more set of numbers."

After identifying possible scenarios, we can track leading and predictive indicators that will determine which scenario is most likely to occur. How are events and data trends unfolding? Do they support our assumptions in the Base Case? Do the trends increase the probability of another scenario replacing the Base Case as most likely? A dashboard reflecting the leading indicators in Figure 2 should be integrated into our performance management and business review sessions. As more information becomes available (e.g., consumer sentiment and unemployment rates), the scenario model can be updated to refine existing scenarios or generate additional possible outcomes.

Based on the trends in the economic dashboard and our predetermined trigger points, we can implement actions contemplated in developing the scenarios.

Scenario Analysis provides a structured way to identify a range of potential outcomes, likely estimate impact and then identify and evaluate possible responsive actions. It reinforces the presence of uncertainty and increases our readiness to deal with various potential outcomes. Scenario Planning provides a disciplined approach to dealing with uncertainty and can be applied to any projections about an uncertain future.

This is really good article, if the author can add a case study it would be superb. 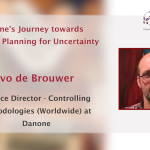 Learn more about how forecasts have changed after COVID and why combining financial and non-financial data... 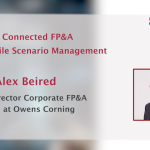 Scenario management offers solutions to many of the disadvantages of traditional planning practices. It allows organisations... 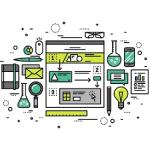 Scenario Planning is a technique used in FP&A to help guide companies through considerable uncertainty, contemplating... 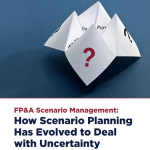 Scenario management plays a vital role in a world of irrelevant budgets and inaccurate forecasts.