Skip to main content
0
This block is broken or missing. You may be missing content or you might need to enable the original module.
A 120-Year Old Sugar Company Learnt the Importance of Forecasting
May 13, 2020 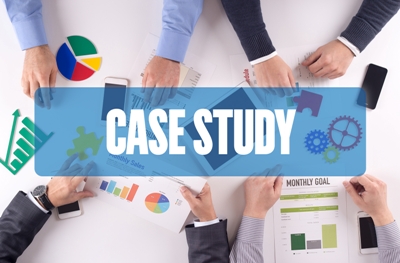 “You can’t predict the future” the Chairman said. “You just have to live with the uncertainty of not knowing. We will deal with the future by reacting very fast when the future actually happens”.

Predictions are different from forecasts. Although we can’t predict random and Black Swan events, there’s a great deal in the world around us where the risk of sudden unexpected change is acceptably low. We can forecast the outcomes of scenarios with some reliability on the basis that the familiar economic, physical and social structures we know, will be there tomorrow morning, and we can carry on until something changes. Confucius said “We make plans so we have plans to change”.

We live in a world of many types of forecasts – weather forecasts, commodity prices, political elections, and exchange rates. In our daily lives we use forecasts to help us anticipate the future and we make our plans accordingly. In the financial world, bankers expect cash flow forecasts and analysts expect profit forecasts as a matter of course.

Tongaat-Hulett is a 120-year old sugar company with operations in three countries, and the largest employer in South Africa’s Kwa-Zulu Natal province.

When global sugar prices started to decline in 2015, management didn’t seem too concerned. After all, it had happened before, and prices recovered.

But this time there were new factors. The world’s sugar producers had planted in anticipation of increased consumption in developing countries, resulting in over-supply.  India, the world’s largest producer, subsidises their sugar farmers and dumped Indian sugar was stocked on South African supermarket shelves at prices lower than Tongaat’s. The government introduced a tax on sugar consumption and soft drink bottlers were moving to sugar-free beverages. The sugar export terminal in Durban was not accepting deliveries.

The company owned large tracts of cane fields on the outskirts of Durban and sold off land parcels to developers to boost cash flow. Revenue from land sales was shown as profit when agreements were signed, and developers defaulted when the market for land sales dried up.

Throughout this period the company continued to issue optimistic profit forecasts to its stakeholders – “Things will improve next year”.

Investors and bankers questioned the competence and ethics of the accounting staff who built the forecasts at Tongaat-Hulett, and of the risk committee members who signed them off.

“The pressures felt by the sugar industry in South Africa, the deteriorating situation in Zimbabwe and Mozambique, and the decline in developer confidence in KwaZulu-Natal are not entirely the fault of Tongaat’s management and the board, and are somewhat excusable. What is not excusable however, is the unrealistically optimistic forecasts and prospects eagerly offered by the company to its various stakeholders,” said an analyst.

The financial press attacked the auditing profession.  Tongaat-Hulett’s long-standing auditors, one of the two largest firms in the world, were paid millions of Rands in fees and signed off the financial statements each year without qualification. The forensic auditors from the “second” largest firm reviewed the same accounting records and issued a completely contradictory 300-page report. How could this possibly be explained? Were the board, the top management, the in-house accounting staff, and the auditors all in denial – or worse? Were there no whistle-blowers among them?

The company, heading for insolvency, has tried to re-capitalize and instituted civil actions to recover executives’ bonuses and benefits from the accused delinquent directors. The relisted share price has yet to recover.

The full story behind Tongaat’s accounting choices may never emerge. But what has emerged has underscored the importance of forecasting. Developing predictive models, forecasts and scenarios to assess risk and assist decision making is one of the finance department’s most important activities. The CFO is the custodian of forecasts and is responsible for focusing an organisation’s power of anticipation. Boards need to participate in strategy formulation and implementation, and drive constant environmental scanning and scenario planning.

A forecast should be an objective evaluation of the most likely outcomes, given all the information available at the time. It should be brutally honest. A CFO can be tempted to forecast only good news and hide bad news. The CFO needs to have the ethics and strength of character to deliver bad news as easily as good news, and to deliver the bad news at once so the numbers are never misleading.

Managers rely on forecast information to help them make important decisions. Poor forecasting will result in bad decisions and misallocation of resources, which eventually impacts the share price and the company’s future. It’s important to remember that most companies outperform rather than underperform their forecasts.

Rolling Forecast can become the path leading to better company’s profitability and improved operating performance. This... 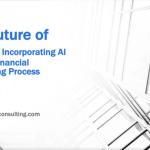 The Future of FP&A. Incorporating AI Into the Financial Forecasting Process
November 7, 2019

At the third meeting of the AI/ML FP&A Committee, Xena Ugrinsky, Principal and Founder at GenreX... 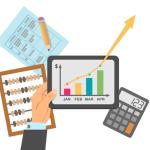 Driver Based Planning & Forecasting in the Context of FP&A
October 14, 2019

When I first came across the term driver based planning and forecasting I was confused. As... 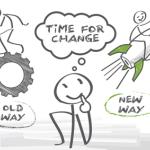 How To Improve The Long-Range Forecast
September 3, 2019

The strength of those working in FP&A often comes when they worked in different industries or...

FP&A Board Connect N7: Relevance of Driver Based Planning during Uncertain Times
June 25, 2020