Traditional Budgeting: what are the alternatives?

Traditional Budgeting: what are the alternatives?
September 19, 2017 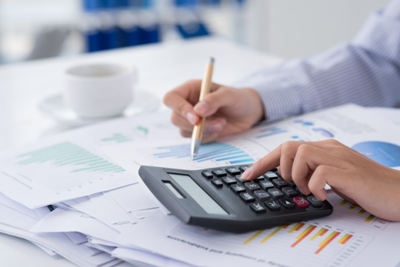 Why, when everyone hates it, do we still have traditional budgeting? My tentative answer to this would be that most people were not aware of the alternatives.

This blog will describe some of the candidates and assess to what extent they address the weaknesses of traditional budgeting that I outlined: cost, timeliness, dysfunctional behaviour and inflexibility.

It is difficult to defend traditional budgeting, so even those who worry about not having budgets don’t try to. Instead, they argue that the problems are not with budgeting per se - it is to do with the way that they are produced. We don’t need to change budgeting; we just need to do it better.

Although the words are often bandied around it is sometimes difficult to work out what ‘Better Budgeting’ actually means, but it seems to involve doing the same things slightly more efficiently and more frequently with the hope that people will behave better.

Skeptics might view this as doing the wrong things righter.

Another option directly addresses the source of one of the major problems of traditional budgeting – the tendency to take last years actual as the starting point for negotiations on budgets. This has a ratchet like effect on costs – they only go up – and reinforces the sense of entitlement that budget holders feel.

To counter this Zero Based Budgeting requires participants to justify every item of cost from first principles every year. The methodology first came to prominence in the mid 1970’s when the Carter administration tried to apply it to Federal budgets, but it quickly fell out of fashion.

More recently it has made a come back as it has used aggressively by the people running the acquisition vehicles that have created two predatory giants of the CPG sector: AB InBev and Kraft Heinz. The model is simple: use debt to buy a big company and quickly consolidate its operations and strip out discretionary costs to fund the next big acquisition.

The problem is that in solving one problem with traditional budgeting it makes other problems more acute. It is inevitably more bureaucratic and costly, takes longer and so is less flexible. It also supercharges the annual negotiation process since the stakes are so high.

So it is not difficult to see why it fell out of fashion first time round. And is it also easy to see why it is attractive if you want to see a quick financial return and you are not too worried about the long term. Cynics might argue that you don’t need a large and complex process to say ‘no’ to everyone in your business that wants to hire extra people or make any investments.

Those who are highly sensitive to the lack of flexibility of traditional budgeting often see rolling forecasts as the answer. If we update our view of the future more frequently and don’t confine it to the financial year it is obvious that this will be more useful than traditional annual budgets based on the financial year.

So they invest in driver or activity based modelling capabilities to help them produce forecasts more efficiently and quickly, which is clearly a ‘good thing’. But while this might be part of the solution they eventually come to realise that rolling forecasts on their own cannot be the solution.

This is because forecasts do just one job – they create an expectation of the future – whereas budgets do many more. Budgets are based on expectations but they are also used to set aspirations (targets), allocate resources and to provide a basis for measurement (variance analysis) and the co-ordination of activities.

If alternative processes for these other jobs are not created one of two things will happen.

Either the budget – and all its problems – will still be needed Failing that the roles previously performed by the budget will be loaded onto the rolling forecast. So instead of being a light touch, agile, single purpose process the rolling forecast mutates into a rolling budget and we are back where we started…or worse.

The final alternative to traditional budgeting is founded on this key insight. In order to manage an organisation we still need to set aspirations, forecast likely future outcomes, allocate resources and measure and co-ordinate activities across the organisation. Before we can abolish budgeting we first need to find better ways to do those jobs that it performs.

The name given to this movement is descriptive but unfortunately, in some people’s minds it conjures up a nihilistic vision of chaos, but I believe these fears are misplaced. Control (in the non pejorative sense of the word) is key to Beyond Budgeting – it is simple exercised in a different way, using different tools. The ends are is the same, but the means differ.

This is summed up in the following table:

From this it will be clear that Beyond Budgeting is based on the objective of helping organisations to continuously sense its environment and quickly adapt to changes in it.

You should also get the sense that it is not an ‘all or nothing’ idea. It provides a list of ingredients that you can used to bake a better performance management ‘cake’ than the stodgy budgeting one that you are normally forced to eat at a set time each year.

But you can’t combine the BB ingredients randomly - you need a recipe.

The article was first published in prevero Blog