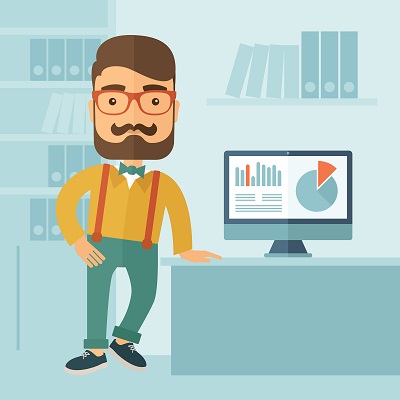 In this series of 9 blogs, we are looking at the changes that need to occur within an FP&A department to cope with the impact of today’s analytic technologies. This is the fourth blog that covers the role of the FP&A Analyst.

Imagine for a moment that you have just been in charge of a North Sea drilling platform looking for oil. You understand from conversations how the rig works; you know that there is oil beneath you and that you cannot simply start drilling straight down as there are many things to consider. Things such as the geology of the ground won’t allow a vertical shaft. Instead, the drill will have to make many twists and turns as it navigates its way through the different layers of rock strata. Much of this you won’t know about until an obstacle is found that necessitates a change in strategy, such as heading in a different direction or maybe using a different drill bit. However, the ultimate goal remains the same - oil.

To have any chance of success, drilling platforms need specialists who know what they’re doing and what to look out for. People who can operate the drill head and, just as important, those who understand the tell-tale signs of what the drill is going through can then recommend changes as it navigates through a vast amount of rock. For these people, knowing what is important and what isn’t is vital if the rig is going to hopefully find oil.

The same is just as true when analysing vast quantities of data. Just pointing the latest analytical software at a stack of data in the hope of finding something useful is not going to work. Yes, they may uncover ‘fool’s gold’ – interesting facts on data relationships, but the true nuggets of intelligence will remain hidden. What is required are specialists in analytic tools associated with large quantities of data - often known as ‘Big Data’. People who understand the tell-tale signs of what the analyses reveal can then change the focus of exploration. For these people, knowing what is important and what isn’t as the tools navigate through a vast amount of data is vital if the data is going to reveal ‘oil’. And that’s where the FP&A Analyst comes in.

In the past, all an analyst needed to know was Excel. But as data volumes increased and multidimensional technology evolved, analysts had new tools to analyse data from different perspectives, identify time-series trends, and set up alerts when values exceeded set parameters. As analytic technology matured, statistical techniques were embedded into applications that allowed simple forms of correlation which could then be used to build driver-based models to predict future events. All are still within the capabilities of the average accountant.

However, technology, in recent years, has moved on considerably. Today, FP&A departments have access to vast quantities of data that includes non-numeric types such as documents and video, which older analytic systems can’t handle. In addition, quite often, that data is unstructured – i.e. it is stored in a way that does not fit into the standard relational and multidimensional model and so needs to be analysed very differently. This has led rise to sophisticated analytic systems that are complex, very technical and way beyond the capabilities of traditional accountants and those trained in using traditional database technologies.

These new technologies are for specialist staff that we have called FP&A Analysts.

Qualifications of an FP&A Analyst

The ideal FP&A Analyst should be skilled in the latest technologies, including the various unstructured databases (also known as NoSQL) that hold the data. These people move in the same realm as ‘Data Scientists’ who understand statistical methods and can apply them using Big Data analytic technologies. They are skilled in searching for relationships and discovering patterns typically hidden from traditional methods. And they can change their search on what to look for, depending on what the data reveals.

FP&A Analysts will typically come from academia, with an excellent mathematical and computer science background, who understand the business world and the latest developments in IT. They typically like to work alone and have the traits of curiosity, clarity and creativity. Curiosity in that they must be able to ask questions about the data and stay abreast of how the software being used is evolving. The clarity in that they must be clear as to what the analyses actually reveal, and Creativity in that the best way data is combined and interrogated may not necessarily be the most logical way.

Like FP&A Architects mentioned in a previous blog, ideal candidates are rare but worth their weight in gold. Without them, practically all of the value kept in an unstructured form will be lost. With them, a whole new world of analytics is opened up to an organisation. And who knows what might be discovered.

The article was first published at Unit4Prevero. 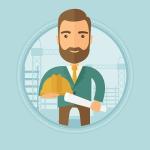 In this series of blogs, we are looking at the changes that need to occur within... 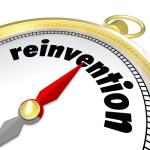 In this series of blogs, I will be looking at a number of areas that FP&A... 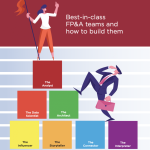 FP&A Trends Research Paper 2021: Skills of the Future: Best-in-class FP&A teams and how to build them
February 8, 2022

This paper, based on our interviews with 25 top FP&A practitioners and thought leaders along with... 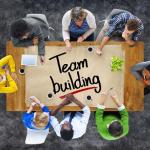 Shaping the FP&A Future With a Multi-Disciplinary FP&A Team
December 16, 2021

Throughout different business cases and concrete examples, the panel of experts present the needed evolution of...