Skip to main content
This block is broken or missing. You may be missing content or you might need to enable the original module.
FP&A and Data management: Currencies and Exchange Rates
December 16, 2020 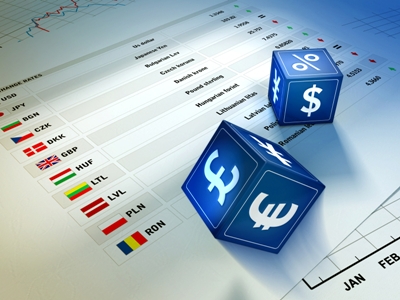 Currency and foreign exchange (FX) management issue is linked to the degree of internationalisation/globalisation of a company (most likely group of companies). In a pure local business model, the entities will not encounter this issue.

In this article, I will only treat the subject from the data management point of view i.e. how to organise the currency flow within the different systems and the associated rate policy.

In a multi-local business model, most transactions are executed by each entity in its own currency, the consolidation is done in the mother company or holding currency. Still, some intra-group transactions happen creating the first level of complexity. When consolidating the different entities and proceeding to the intra-group eliminations the last thing we want is to create FX variances.

In an international business model, the import/export activities bring the next level of complexity. The transactions treated at the entity level will cover a variety of external relations in multiple currencies (including currencies from countries where there are no entities).

In a global business model, another level of complexity appears when the pricing and billing currencies are different.

In summary, depending on the type of activities the following cases will need to be managed through the different systems:

A proper FX policy needs to be set in order to avoid that each entity manage the currency rates differently (for transactional and for consolidation purpose).

Finally, budget (or any other forecasting method used) will need a clear set of currency and FX assumptions. The first step in reporting will be to isolate the different FX variances in order to be in a position to explain the true business variances.

2. Elements to be put in place

Depending on the relative importance of those transactions, the first point of decision is whether the pricing and billing information (i) is limited to the operational and ancillary accounting systems or (ii) is also transferred to the general accounting, consolidation and reporting systems.

Moving the information up to the reporting systems is relatively heavy but still necessary when the currency mix have material incidence on the explanation of a business evolution either from revenues or costs perspective or both. This is a cost/benefit analysis to be run objectively.

Those rates will advantageously be standard monthly rates calculated as the average of official rates from the previous month (by official I mean by a given recognised financial institution).

The current month average rate will be used for closing (i.e. third parties accounts re-valorisation) and consolidation. Practically considering that closing process starts prior month-end (say day -3) the average will probably be calculated on a date to date period and published few days prior closing period (say day -5). Intragroup billing or costs distributions will be booked at same rates on both ends avoiding FX variances appearing when eliminating intra-group transactions.

The final consideration will be how internal forecasting and reporting are done i.e. is the reporting done by entity in its local currency (multi-local model) or globally by functions (across entities) in consolidation currencies or a mix of both?

3. Issues to be resolved from an FP&A point of view

The consolidated actuals will be entity currency to consolidation currency at monthly closing rates. So, when comparing month on month the variance will be month closing rate to budget rate, whereas Year to date (say May) will be the sum of (5) monthly actuals at (5) different monthly rates.

FP&A will want to insolate those different FX variances in order to be able to measure the true business variances. As previously mentioned, if such cases represent only a few percent that may be ignored (?) but when they represent a material percentage, they need to be calculated in order to isolate the FX variances from the business evolution.

Without an adapted data management in place that may be extremely cumbersome and if ignored give wrong information on business evolution. Data management and systems can easily make it automatic, “one truth” and thus avoid approximation, provided they are organised properly.

The budget or forecast will be built using the same architecture i.e. taking in consideration the “true” business currency rather than the entity currency (when relevant).

This is the only set up that will permit to isolate and understand precisely the FX impact on the activity.

Finally, comparing to budget is not the only analysis to perform. Comparison to prior periods or prior years is also required. Then the same logic will be needed to perform such analysis. Comparing within the same budget cycle will be through the actual at budget rates but year on year or over two budget cycles will require the ability to accurately recalculate the prior periods to the current budget rates in order to eliminate the FX variances.

4. Consequences when shortcuts are taken

Basically, part of the FX impacts will be considered as activity evolution and variances and confuse the perception in particular for management. In the example used, if a group has organised its data structure and systems around the multi-local business model i.e. Entity and consolidation currencies, whereas it operates on a global business model, the whole impacts from Pricing to billing then from Billing to entity will be neither measured nor measurable.

Depending on the group activities and on the importance of the global part in its business, this may be cosmetic or represent an important challenge (in particular when FX are volatile) as far as properly managing the business and evaluating the performance of managers.

Explaining and forecasting activity evolutions require to isolate correctly different factors (variables) that have an impact such as quantity, price, customer win/loss, competition. In the international environment, currencies and currency variances are one of the important variables.

Getting organised to automate the FX impacts is then key for FP&A. 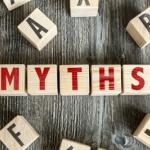 A core aspect of financial planning & analysis (FP&A) is forecasting and budgeting. In this article, exposed... 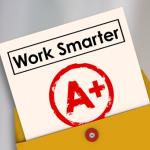 How to Improve Sales Budget with Statistical Forecasting
September 2, 2020

This article will discuss how financial planning and analysis (FP&A) professionals can determine the general market... 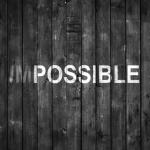 As long as there are humans involved in making a forecast, the forecast will be biased... 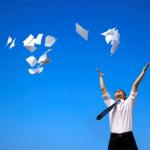 Let Traditional Budgeting be a Victim of this Pandemic
October 21, 2020

This pandemic has uncovered several shortcomings in our way of planning, managing, and organizing societies and...