Robert J Zwerling and Jesper H Sorensen are the founders of the Finance Analytics Institute.

Mr. Sorensen is also Senior Finance Director in a Fortune 100 technology company with a proven track record of advancing the analytics agenda.

To learn more about the Finance Analytics Institute please visit at www.fainstitute.com. 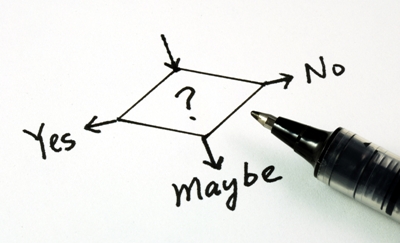 No one wants to consciously make a bad decision!

The quality of a decision is a question about what data or lack of data the decisions are made on. So, let’s discuss what is a Data-Driven Decision and what is not, but also how do we make Fair Decisions.

Biased Decisions and Their Implications on the Business

Decisions are sadly often driven by:

Common for all of the above decisions are they are non-data driven and biased. Humans have personal and political pressures that pull at them.  As such, humans are biased towards something, so as long as there are human feelings involved in decisions they will be biased. The key to making a decision unbiased is to find a method where humans have minimal influence on the outcome.

A situation almost every Finance professional has been involved is as follows: A business is in the middle of a budget process and has been asked by corporate to increase its budget by $100m. North America, EMEA, and South America all have made an initial budget submission of $130m each, whereas Asia Pacific initially has submitted $90m:

So how to allocate the corporate budget challenge of $100m more among the four regions? In 99% of the cases, one of the three methods below is used.

None of the above methods are data-driven or “fair”, and even worse, they could all have fatal implication on the business leaders in one or more of the four regions. A business leader could get fired for not making the number next year; e.g. we give Asia Pacific another $55m on top of $90m already submitted could cost the Asia Pacific business leader his job the following year. Same could be said for the other two methods.

But how does Finance help the business allocate the $100m between the regions . . . so there is the best probability of achievement? We call this the “Fair Challenge” that is the answer; i.e. to provide analytics insight to support the business with techniques used for a data-driven and fair decision.

In the table below, we start by calculating the standard deviation of sales for each region, then use that to define the targets where each region has the same probability of making its numbers . . . what we refer to as the “fair challenge”:

Knowing the expected values (μ) but also the standard deviation (σ) enables Finance to provide insight. As seen on the chart below, the cumulative probability is 82%, meaning at 82% the entire $100m additional budget challenge is distributed fairly between each region; i.e. each region has 18% probability of making their numbers the following year.

Accordingly, the distribution of the $100 is now fair and based on each region having the same probability of achieving their allocation although each has a different allocation. 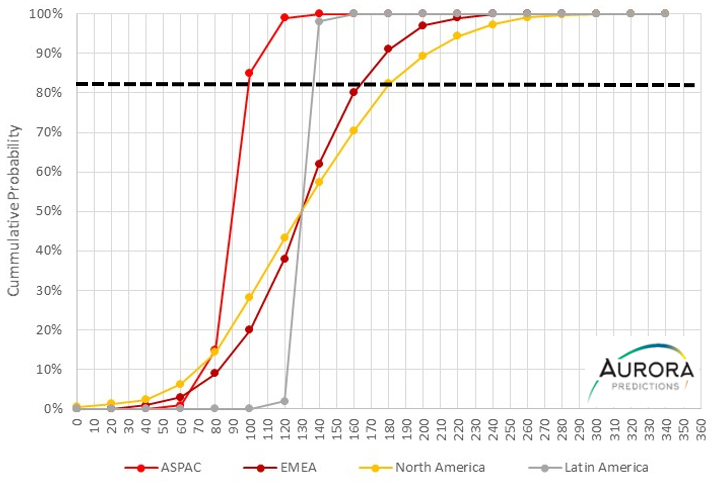 As such, Finance recommends the following distribution of the $100m:

Using the fair challenge concept allow business leaders to treat all regions equally without being biased. But more important, it also helps the regional leaders keep their job (everything else being equal)!

The Power of Fair Analytics

Had the $100m been equally split in $25m chunks between each region, the Latin America and Asia Pacific leader would be at high risk of failure (as they both have minimal upside opportunities illustrated from their probability curves).

The power of Fair Analytics goes beyond job security.  It fosters collaboration, fairness, and job satisfaction – not to mention better decisions – Data-Driven Decisions! 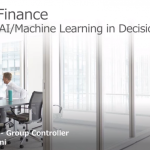 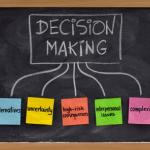 Decision making requires a formal process to ensure that sound bases are taken into consideration and... 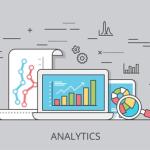 The crux of the analytics movement is making better decisions and more organizations are moving towards... 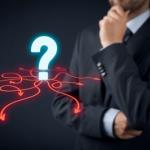 Keeping your company at the forefront of its field means having the ability and confidence to... 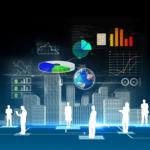 An undisputed fact: data is the key to unlocking the potential of your business. It contains...