The fifth Seattle FP&A Board, which was sponsored by SAP and Robert Half, was devoted to the subject of FP&A Team Building.  As FP&A leaders work towards a more effective business partnership, they require effective teams to achieve this goal.  But what comprises effective teams? And what roles must people play?  This was the topic of the discussion.

As the meeting kicked off, participants were asked to introduce themselves and provide one word that described effective FP&A. The responses were written on a flip chart and shown on the first page of the meeting notes. The following are of note with regard to this discussion:

After participants provided their input on FP&A attributes, Larysa Melnychuk, Founder of the International FP&A Board, led a discussion on “Five Critical FP&A Team Roles” – architect, data scientist, analyst, storyteller and influencer. She discussed each and related them back to the attributes defined on the flip chart. The following points were made as part of this discussion:

Participants broke out into three groups to discuss the steps required to build an FP&A team.  Each group developed and presented a list of actions / steps that this would entail.  While the groups took different approaches, there were a few comments points between them.  This included:

Other actions delved into recruiting, onboarding new staff and maintaining the team. The following points were made in this regard:

Other steps can be seen in each of the charts that were prepared by individual groups.

The general consensus among participants was that FP&A team building is a topic that is relevant to their current roles and that the content provided was helpful. 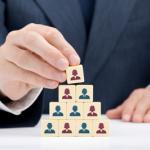 How a finance function organises their teams will determine whether or not the teams can be... 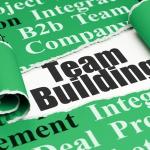 The digital revolution is not only shaking company business models but also had a direct impact... 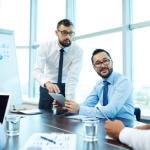 Each function has strategic insight that can benefit senior management with their unique perspective. While this... 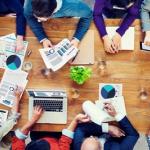 Last week we discussed how to build a partnership covering one part of the equation of...