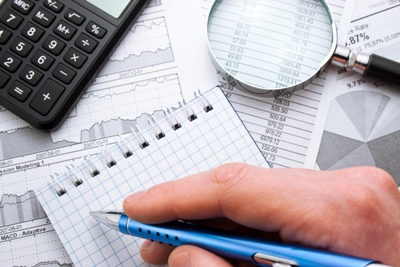 It’s difficult to think of a business process that is more unpopular than budgeting.

In nearly two decades of writing and talking on the subject I have yet to come across anyone who is prepared to stand up and say it is a good thing.

Before trying to answer the obvious question ‘why do we still do it, then’, it is worth reminding ourselves of the charge sheet levied against corporate budgeting:

One – budgets consume an enormous amount of time and effort for limited business benefit.

And not just in Finance.

Indeed I have seen claims that budgeting consumes around 10% of all management time, which probably makes it the single most expensive business process. More than supply chain or sales, for example.

True, the average elapse time taken to produce a budget has dropped from around six months to three over the last couple of decades but the world has become more volatile over this period.  So we have probably just run hard to stand still.

Also, given a budget has a currency of 12 months, shaving three months off at the front end of the process doesn’t generate much benefit. We are now potentially up to 15 months out of date rather than 18.

Since imposing budgets unilaterally is profoundly demotivating most budgeting processes involve negotiation. And as part of that negotiation one party is attempting to have revenue and profit targets set as low as possible, and cost budgets as high as possible – the exact opposite of what you would want if your goal is to drive better performance.

Since the other party to the process is aware of this fact they often mobilise additional evidence to counter these arguments, which in turn are countered by more facts to ‘prove’ the case for lower targets or higher budgets. What results is an information arms war that can end with pages of the final budget submissions needing to be weighed rather than counted.

And tying bonuses to targets makes matter worse since this becomes a proxy pay negotiation. Also, rather than working harder, many people choose the easier option – to negotiate harder.

Either way it is a recipe for game playing and bureaucracy on a grand scale and it is massively distracting since too much effort is spent on trying to game the internal process rather than winning in the market.

The only surprise is that budgeting doesn’t waste more time, effort and money

Four: that budgets are inflexible, making it difficult to respond to opportunities and threats in the market place.

Since the only thing that you can be sure of when you prepare any business plan is that it will be wrong, and budgets are no exception. Events never turn out quite the way that you expect and a sensible person will want to react to this new news.

Unfortunately budgets get in the way.

This is partly because the process is inherently slow and cumbersome but also because targets (and bonuses that are linked to them) and budgets, once set, are often treated as an entitlement by their owners. So changing them to allow the business to respond to unexpected events can be fiercely resisted.

So it is not difficult to work out why budgets are deeply unpopular with almost everyone. The big question is why do we still have them.

My guess is that the main reason is that budgeting is regarded as unpleasant but unavoidable, like filling in tax returns or going to the dentist. Some people also seem to think that budgeting is somehow inseparable from the very idea of management just as the Ten Commandments are to Judaic religions. But corporate budgeting was only invented in 1921 by a Chicago academic by the name of James. O. McKinsey (yes – that McKinsey. Oh, and guess what he did next after he discovered that he had invented the worlds first management consulting ‘product’).

The fact is that budgeting isn’t a trying but inevitable feature of organisational life; it is something we do to ourselves, largely because we are not aware that there is an alternative.

The article was first published at prevero Blog 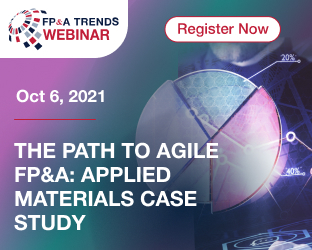 The Digital Central European FP&A Board: Roadmap for the Analytical Transformation of Controlling and FP&A Function
October 14, 2021

The Digital Pan-Australian FP&A Board: Managing Risks and Opportunities of Rolling Forecast and Scenario Planning
October 26, 2021
The Digital Swiss FP&A Board: Deploying AI, ML and Predictive Analytics for Planning
November 11, 2021