This block is broken or missing. You may be missing content or you might need to enable the original module.
The Importance of Language for an FP&A Professional
February 6, 2020 The English language is well renowned for being one of the most difficult languages to learn. So many words, with different pronunciations, meanings and sounds.

How is it that I can spell the word that sounds “there”, three different ways. There, they’re or their. And they all have different meanings.

How come some people think it is “could of” when the abbreviated word “could’ve” is a fair indication it is short for “could have”.

I speak English and still find it hard to understand, so I guess that’s why I try and stick to numbers and became an FP&A professional.

But English is one of the world’s most common languages. And it is the language the majority of the western world uses when communicating to each other in business and in organisations. Blend these words together into phrases and we have all sorts of miscommunication minefields to encounter before we even turn this language into numbers. Accordingly, to become a good FP&A professional we need to be highly attuned to what people are saying, what we are hearing and what we are saying in return.

Language is important and the words we use are critical if we don’t want to be misunderstood. Being explicit and specific in the words and sentences we use, will leave less to interpretation and is critical in order to be effective.

In this article I analyse three common phrases I hear regularly in the organisations I work with, what I suggest they really mean and how to break through the ambiguity of them.

“The business needs to decide what they want to do here”

The business will not decide.

The business does not have a brain or the capacity to make decisions.

That is done by people within the business. When you hear this try being the person to put your opinion about what should happen forward and make a recommendation or suggestion. All FP&A professionals are as highly trained as the other functions, the only thing we are missing is context from the other functions and by calling out something you think could be done you will draw out the opinions of others and accordingly more context.

Richard Branson put it perfectly when he said “Any fool can make something complicated. It is hard to keep things simple”.

In a world where time is of the essence and our superiors have less of it than us, keeping things simple, succinct and well-articulated is key for any FP&A professional. Unfortunately, we often run into situations where questions are asked of people and they either respond by going into a lot of detail in order to convince people of their knowledge. Or they struggle and default to “its complicated” in order to buy time or get out of a situation they don’t know enough about.

In my experience when someone says “It’s complicated” it is there way of saying I don’t know this well enough to be able to articulate it simply to you. Which is ok. We can’t all be expected to know everything at an advanced level, all of the time.

Next time you hear someone say this, use judgment to either probe a little more then and there (by saying things like “help me understand……”) or offer to assist them in finding a way to simplify it in another setting at a later date. Having an outside/in view of the world can often help someone articulate things in a more basic form and will give you a chance to assist them when they are struggling, which will help build your relationship and trust with them.

Strange Phrase 3: “I’m/We are keen to move on from this”

This is a phrase people often use when the forum you are in has taken a step sideways and is drifting into an unproductive space. Unfortunately, there are other situations where it is used when people wish to deflect from the issue at hand, feel uncomfortable and do not want to take full responsibility for something that may be in a position that it should be. This is a phrase that has entered the vernacular of sports people over the past 10 years and is pulled out in media conferences when a mistake was made and is usually coupled with “this is a great learning opportunity for us” (with an insincere look on their face that says “get me out of here quickly”)

Unfortunately, if that learning opportunity is not taken and is just language or words that are used, with no action, then this phrase becomes very dangerous. Especially for an organisation. Bad results, system/process breakdowns, errors, etc are all things that happen. But if we don’t understand what caused them, and are prepared for the future when they may happen again then, no, we cant just move on from this. If we haven’t learnt anything then how can it be “a great learning opportunity for us”?

For an FP&A professional if you hear this phrase, it is important to judge if you are satisfied that you have an adequate understanding of the issue. The person saying it may want to move on, deflect, avoid, etc but as an FP&A professional, if you are not satisfied you understand the root cause, then it is important to stay with it until you do. If that requires you take it away from the meeting you are in or the current conversation, to delve further, then do so. Don’t become combative in the moment, just probe with socratic and open questions (no “yes or no” answers).

Language, the construction of sentences, and the phrases we slip into the habit of using within organisations can be helpful, or they can be destructive. As an FP&A professional the above three phrases will have been heard regularly, and quite often we do not even consider them as odd. Language is important. The words we use are important and they can have an implied meaning, a hidden meaning and an explicit meaning. When you hear comments like the above, delve further and get clarity from people and you will be well on your way to understanding context and with that being able to add value in your organisation.

Indeed often hear these phases in various of business meetings. FP&A do have opportunity to improve from there, explaining issues more clearly with detailed financial data, delving deeper when project didn't go right. 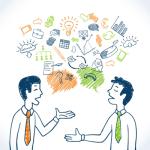 ‘Let’s speak the same language’, was once said at the Amsterdam FP&A Board. Do you know... 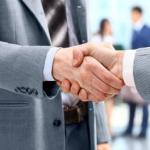 Want to Be a Better FP&A Business Partner… Speak Their Language
August 16, 2018

Back in 2004 I spent a large portion of time overseas travelling around France. I would... 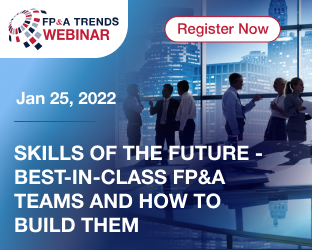