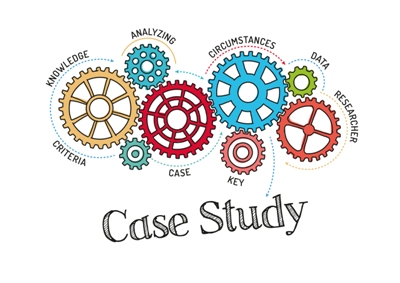 The financial planning and analysis (FP&A Board) Board of senior practitioners recently met in London, UK, to discuss the pros and cons of rolling forecasts, how best to introduce it, and to hear a case study from Maersk Group about how the shipping, transport and oil firm has benefitted.

“We’ve abolished the annual budget completely and only use rolling forecasting (RF) now,” said Matthijs Schot, head of performance & analysis at AP Moller Maersk, as he shared his company’s implementation four years ago of an RF process and the lessons they’ve learnt.

Speaking to the 20 members of the financial planning and analysis (FP&A) Board gathered at the Holborn, central London offices of the sponsor Michael Page Finance on 18 May, with the other sponsor Metapraxis also in attendance, Schot added that: “Maersk is a very asset-heavy company so has a strong need for forecasting”. After all, it takes a lot to build a huge cargo vessel or oil terminal so effective predictions of costs, future revenues and market movements are essential.

“The financial crisis of 2008-9 when retail and shipping volumes fell showed us we couldn’t just continue with an annual budgeting approach. We had to be more dynamic.”

Maersk Group has 88,300 global employees across 130 countries and revenues of $40,308m, which delivered a profit of $3,071m last year so it is not a small company. As the organiser and head of the FP&A Board, Larysa Melnychuk, said: “If a big firm like Maersk can introduce RF so can you.”

That led Richard Melia, finance director at IMS Health and a first-time attender of the FP&A Board who said he was “interested to learn, as I don’t do RFs today” to question if listed companies that have to report to analysts regularly can really be comfortable with the numbers constantly moving. But Schot maintained that it can be done and analysts are used to tweaks to more frequent reporting updates anyway. Piloting RF is also a good idea before an enterprise-wide rollout as it helps to ease its introduction.

“Culturally, people within the organisation and outside of it, have to get used to the fact that they’ve not got a single hard and fast number for the year anymore. They need to accept that numbers – across revenue expectations, strategic investments and targets – change under a more flexible RF approach, which provides more flexibility and adaptability,” said Schot. “In addition, accountants have to accept that they are more like business partners to the business under RF and change their approach accordingly. Salesmen and others have to accept that bonus targets will be set in a new way too.”

All this takes training, which is why Maersk also launched a decentralisation process to empower business units to take responsibility for their numbers and an organisational simplification drive to smooth the introduction of RFs four years ago. “Keep it simple,” advised Schot, “as it makes it easier to align strategy and target setting with financial planning. Sometimes the more you put into a forecast the worse it can be, so simplicity should be paramount. You make the odd mistake but these can be corrected as you go along because control over the business increases with RF.”

This was sage advice for Gemma Davie, senior director of FP&A at CA Technologies, as she said she was at the FP&A Board “to learn lessons to kick-start our own RF programme” and for Maria Olsson Carroll, head of group FP&A at Coats plc, which runs a heavy planning process once a year that is tweaked informally offline. “We want to do it ‘online’ in future,” said Carroll.

Maersk Group runs a rolling forecast every quarter and now operates five quarters in advance. It still runs variance analysis and does comparative modelling and benchmarking versus competitors and the shipping industry as a whole to “check our people and business units are doing well”, as Schot told the FP&A Board.

The organisation has approximately 35 RF inputs covering profit and loss, the balance sheet, cash flow and so on, and up to seven business unit key performance indicators (KPIs). “We look at the last 4 and next 4 forecasts, plus the present quarter, for trend analysis of the KPIs and take appropriate actions and corrections where needed,” explained Schot.

The rolling forecasting approach feeds into and aligns with the longer-term strategy and capital allocation ‘budget’ – not a term that is used anymore. The strategy is run on a year +4 basis, so money can be invested five years in advance at a minimum. Sometimes as much as 15-25 years in advance is planned for in regard to big infrastructure projects. Each business unit’s strategy plan is approved by the board and portfolio composition and long-term ambitions may impact immediate expectations of each unit’s performance.

The target setting procedure, which is also fed by RFs, operates on a yearly basis but again can be revisited with the latest rolling figures. It has two KPIs and tends to set ambitious goals to at least ‘match’ state-supported competitors. It also feeds into the bonuses received via the people performance management procedure.

Maersk’s adoption of rolling forecasting has been successful and was immeasurably helped by boardroom support. “Our chief financial officer (CFO) had previously introduced RF at his last firm, so that helped,” said Schot. “We’re looking to do more ad hoc forecasting at more and more business units on a more granular level in the future as we don’t want to fall back into a ‘budgetary’ approach with effectively four ‘mini-budgets’ being run.”

According to Schot Maersk is also looking at 4P scenario planning for the future, stating positions that are:

The 4P scenario plans will be constantly updated and adjusted as with every other aspect of Maersk’s reformed financial approach.

During the interactive debate section of the FP&A Board meeting, Marc Lloyd, a senior finance manager and head of business partnering at Legal & General, helped to draw out some key recommendations and conclusions from Matthijs Schot’s Maersk case study. “It is important to remember that one size does not fit all,” he said, “and that each company’s implementation of RF will differ slightly depending upon their individual circumstances. One constant, however, is that support from the top is essential.” Training is also important, supporting technology, simplified procedures and an acceptance that RF is a new way of doing business that needs time to bed in and patience to adopt.

The organiser of the FP&A Board, Larysa Melnychuk, then wrapped up the evening’s meeting in London, before the networking begun, by advising attendees to look out for the RF Maturity Model graph that she would produce after the event. This will be available on the FP&A Board website http://fpa-trends.com/ in June and will outline in graphical form the steps that companies are advised to take from planning an implementation; to getting it approved; gaining boardroom support; piloting it and then rolling it out with appropriate training.