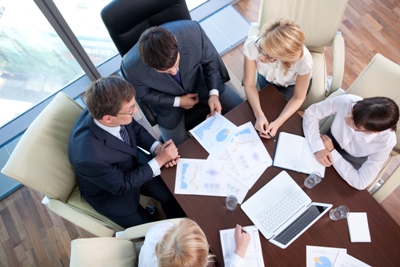 Less than a quarter of a Financial Analyst’s time is spent with high value-add analysis - this is a finding of a survey run by SAP*. Although the survey is 5 years old, it’s still relevant, the percentage may even have shrunk further as the amount of data to be analysed and reported on keeps increasing.

It’s not to discredit Financial Analysts – in fact, they are among the hardest working people I’ve ever met in my career so far, including being a Financial Analyst myself. It’s just that the odds are stacked against them.

Yes, FP&A departments tend to be extremely busy – but are they busy with the right thing? How long does a FP&A Analyst have to buy into the concept that overtiming is just ‘part of the job’?

Let me explain. In the past 5-10 years, we’ve been living in a data revolution: computer capacity is growing at an almost exponential pace described by Moore’s law. Technologies that we were only dreaming about before became common good – take smartphones as an example.

With the growing possibilities, business became also more demanding: more information is needed, at a deeper level, with higher accuracy, reliability, and in a much shorter turnaround. Think about seconds, hours at most, and not days or weeks.

The role of Financial Planning & Analysis Departments is changing: it’s now expected to be more forward-looking and capable of directly impacting company growth through accurate, flexible and up-to-date reports and analysis.

This is only possible if Analysts spend most of their time concentrating on the right thing: high value-add analysis. However, in most FP&A departments the majority of the time is spent on putting together recurring reports, cleaning and transforming data. The time spent with these low value-add activities just keeps increasing with the growing amount of data in almost a linear fashion. Deleting 5 empty lines took x seconds in the past, deleting 10 empty lines maybe double of that time but deleting 1000+ empty lines may take… just forever.

It’s almost like a low value-add non-core activity started to take a life of its own. It used to be a small nuisance and a necessary evil in the process of report creation and analysis, the actual value-add, now it’s taking away the majority of the focus and time spent: more than three-quarter. This phenomenon is causing most of the overtime FP&A departments experience. It’s also the reason why adding more people to the team doesn’t necessarily solve the issue on the mid-longer term.

Another perspective is that a technology-rooted issue needs to be solved with technology, not by brute force. Technology is the exponential, scalable answer to an exponentially growing technology-evoked issue.

By introducing technology – automation – the FP&A Team’s time is freed up to do more meaningful and enjoyable analysis work and getting the chance to live up to the expectation of the business, 21st century-style. As a pleasant side effect, automation increases data quality and leads to a more stable operation.

* SAP: Make Time for Analysis by Accelerating Your Close - SAP, 2012

** Oxford Economics and SAP: How Finance Leadership Pays Off, 2017 April 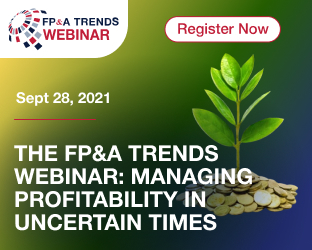