This block is broken or missing. You may be missing content or you might need to enable the original module.
Can Behavioral Forensics Improve Financial Planning?
September 18, 2019 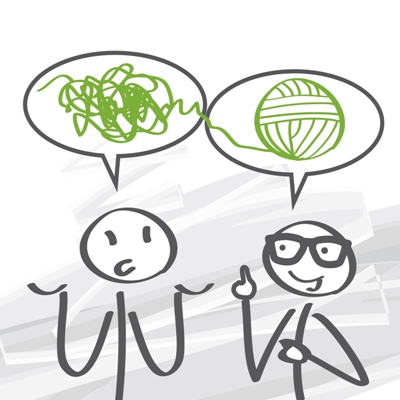 What are behavioral forensics? Why would accountants and financial analysts and planners even need to consider behavior. Behavioral economics and behavioral finance tackle the issue of how people make economic and financial decisions if they are not completely rational.

In these new disciplines, the academics consider the cognitive biases that all of us possess. These biases systematically skew our decisions because we are not aware of them. That applies to financial planners and analysts too.

But what sort of biases? Lots of them, unfortunately, but that’s life. So, let’s take a couple to show you their impact.

If you have a low status quo bias you like to invent new ways of doing things, even if they are not needed. So, you are always looking to swing for the benches. If you hit one, it’s a big hit. You invent something new like the iPhone and change the world. And when you do that you create so much value for consumers that they are willing to pay premium prices. So, the gross margins are exceptionally high. That’s worth knowing about someone right, especially if you are doing some financial planning for someone who is just like that.

If you are a financial planner working with someone or with others who are like that, you can see it’s well worthwhile to know about that so that you can adjust your estimates accordingly. If you don’t, your planning will not be so good, maybe it will be way off the mark.

Another one is the illusion of control bias. This bias is a good guide to judging if a decision-maker is liable to over-use resources and to have relatively high levels of expense.

The status quo bias and the illusion of control bias between them can be used as a framework to judge the impact of someone’s behavior on gross margins and indirect expenses levels. So, if you are a financial planner or analyst that’s pretty important data, right? There would be a lot of investors who would love to see that information so they can make better investment decisions. Come to think of, in the wealth management area, there would be many buy-side equity analysts who would love to have that information so that they have a better chance of getting higher equity returns for their wealth management clients.

Behavioral forensics is a form of analysis which supplements traditional financial analysis to adjust estimates to adjust for the behavior of decision makers, or even the behaviors of analysts themselves. It is a more sophisticated form of analysis since it regards the results of traditional analysis as not having been customized for the particular behavioral characteristics of the decision-makes on whose decisions the results will depend.

Now you might think that traditional FP&A is fine as it is and doesn’t need any tweak or changes. But I have a question for you. It’s about General Electric.

The accuser is Harry Markopoulos. He’s the guy who blew the whistle on Bernie Madoff, so he’s got some serious street cred. GE are denying everything and who knows who’s right? But it doesn’t really matter.

Right now, the only thing we have to go on is the GE figures. We don’t know the behaviors of the leaders who are responsible for the figures.

Let’s accept for the moment that there’s no fraud. But what about the cognitive biases of these leaders? Are they all in the grip of the sunk-cost fallacy? That’s where you are prone to believe that since you’ve already invested a ton and it’s lost; you might as well spend some more.

That’s not fraud but if they are so impacted, it would impact the financials in a big way without shareholders ever understanding that they are being affected by a hidden bias. Shouldn’t they know that? Shouldn’t you as a financial planner understand that also? So, these cognitive biases count. And we still don’t know what they are in GE, or for that matter, any public company, let alone private.

Behavioral economics and finance have opened the possibility of adjusting financial planning and analysis to detailed behavioral analysis for a particular person, team or company.

As you can imagine one of the applications of behavioral forensics is to identify fraud, mismanagement or egregious behaviors that lead to major financial problems.
It is very difficult to look underneath the figures unless you link the analysis with behavioral forensics.

You might think this would be the most common problem in financial planning, that is, discovering deliberate manipulation of the financials. But we need to recognize that probably the biggest problem is the preparation of financials by well-meaning and honest people whose systematic but unconscious cognitive biases lead them to systematically skew the financials in a particular way, e.g. excessive optimism or pessimism.

Financial people are almost never trained to spot these types of issues since financial analysis is conceived of as being a purely technical issue where behavior cannot be allowed to intrude. But it does intrude, just in ways that most financial analysts don’t recognize.

Proxy statements contain biographies which are at best a misleading and incomplete approach to revealing useful behavioral information. That is because they are usually prepared for public and investor relations purposes and too often, they have as an aim to burnish a person’s reputation rather than give us useful information.

I predict that behavioral forensics will emerge as a new and useful approach for financial planners and financial analysts as well as for investors, funds and equity analysts. I think professionals in the FP&A field need to start making themselves familiar with some of these new behavioral concepts and approaches in order to stay relevant to where financial disciplines are moving. 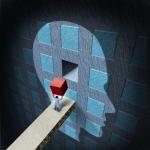