Skip to main content
From “Better Budgeting” to “Beyond Budgeting” Philosophy On November 5th 2019 the sixth meeting of the Brussels FP&A Board, launched in November 2016, gathered 40 financial professionals from companies such as Anheuser-Busch InBev, Barco, Bekaert, Puratos, UCB, to name but a few. The meeting was sponsored by Anaplan and Robert Half.

The Brussels FP&A Board kicked off with defining and discussing the purpose of traditional budgeting in general.  The reactions were rather cynical and gloomy as “I do not understand why we budget”,” abandon budget”, “replace by forecast”.

From the group exercise on traditional budgeting, it became clear that the participants identified the following topics as their main struggles:

One specific item “timing” got the most attention.  50% of the group takes more than 4 months to prepare the budget.  None of the attending firms was able to make up their budget in less than one month.

When asking the group how painful your budgeting process is on a scale from 0 to 10, we concluded at an average rate of 6,2.  This indicates that already a few organizations stepped out of the traditional budgeting.  Other regions around the world are rated at average 8.

Special attention was given to the topic of leveraging of analytics by using your historical data and external data through algorithms to have better quality forecasts.  To facilitate this, you have to overcome three challenges.  Firstly, whenever you attempt to change existing systems and processes, it is a must to have buy-in from senior management and connect with all key stakeholders throughout the organization.  Secondly, you need to invest in human capital: right people with the right skills in your finance organization to organize this way of doing analytics.  The last challenge is to engage the stakeholders in the new process and its outcome. The goal is to create transparency and trust in the analytical process.  If the business does not trust the result, they will never embrace the change and risk losing out on its potential benefits.

We were proud to have Sergey Oreshkov, Global Director PMO and Strategy from Anheuser-Busch Inbev, as a key speaker of the event. He presented a case study from the field beyond budgeting for Europe.

The discussion and networking part of the meeting was very productive. The members enjoyed the opportunity to collaborate with each other and discuss the latest FP&A trends and best practices as well as being a part of our global FP&A community. 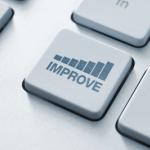 Beyond Budgeting without the Tears
September 19, 2017

In my last blog, I promised to give you some tips about how to introduce... 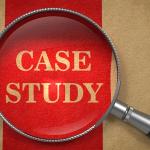 In the period from 2001 to 2006, the Retail division of Swiss Post transformed itself from... 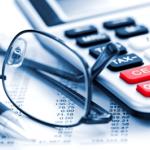 The concept of ‘Beyond Budgeting’ has been around for nearly twenty years now. Although it has...