Skip to main content
This block is broken or missing. You may be missing content or you might need to enable the original module.
FP&A: Learning to Love Risk
September 19, 2017 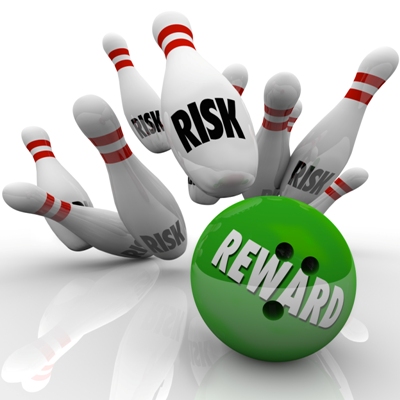 If measurement – or the lack of it – is the biggest weakness in most forecasting processes, risk is the least well understood concept…mainly because it is something that we think we understand, but we don’t.

In my view, there are three major sources of this misconception.

First, risk is often treated as though it were a separate and distinct phenomenon. So, we have jobs or even whole departments that have ‘risk’ in their job title, with the implication that anyone who doesn’t isn’t exposed to it.

This couldn’t be more wrong.

In my book risk is the name we give to the fact that things don’t turn out the way that we expect them. No forecast can ever be 100% accurate, so every forecast has risk attached to it – even if it is expressed to 5 decimal places. So, the assessment of risk is integral to all forecasting activity not something that is a separate activity that can be delegated to someone else.

The second major misconception is that risk can only be downside.

True, we human beings are ‘loss averse’ so we naturally pay more attention to bad things than good. And life teaches us that there is a greater chance that our well-crafted plans will go wrong than they will go much better than we thought. But there is nothing about risk that makes it one way traffic.

As a result of our obsession with potential negative outcomes we can be blind to the opportunities that better than expected outcomes provide.

Finally, people tend to use the words ‘risk’ and ‘uncertainty’ interchangeably – as though they mean the same thing – but they don’t. The difference between the two was first highlighted by Frank Knight – the distinguished Chicago economist – way back in 1925.

Risk is the consequence of all those many minor things that can turn out differently to the way you expected, which means that risk can be easily quantified. Risk is what car insurance companies deal in. Although they cannot predict anything about any individual car accident, in aggregate car accidents are highly forecastable and this allows them to set premiums based on broad classes of drivers.

Uncertainty describes individual events which are infrequent but which can have a very major impact – positive or negative. Because they are infrequent they cannot be predicted statistically in the same way as risk. This is the kind of eventuality that Lloyds of London deal in since it is the only place in the world with the necessary concentration of specialist skills and the capacity to absorb large losses.

To borrow and aphorism from Donald Rumsfeld – a man not normally thought of as a sage - risk are made up of ‘known unknowns’ whereas uncertainty is ‘unknown unknowns’.

What are the implications of all this?

First, forecasters need to be able to quantity the risk around their forecasts – what I referred to as ‘variation’ in my last blog.

At this point you could get very technical, but I find that it easy to get a ‘good enough’ handle on the risk range by multiplying the average absolute error (i.e. ignoring the sign or direction of the error) by two. Roughly 90% of all normal variation (risk) will fall within this range (plus or minus the calculated value) around a normal forecast.

Second, don’t waste your time trying to identify all the minor risks that fall within this range. There are far too many of them and if you have the capacity to absorb the variation or adjust your plans accordingly it is pointless.

Instead focus on trying to imagine what combinations of circumstances might lead to outcomes outside this range. There are far fewer of these and by definition any event in the tail of the distribution will be so large that it will have a material impact on your business - for good or ill.

This process requires imagination, not statistical dexterity. This is why Nassim Taleb calls these types of events ‘Black Swans’ since they are difficult to anticipate until the possibility of their existence is acknowledged.

Finally, there is no point understanding risk if you cannot do anything with the information. People in businesses do not usually have the option of buying insurance, and it is wasteful keeping millions of pounds ‘under the mattress’ in balance sheet accounts ‘just in case’. Instead of passively trying to protect yourself against risk in all its forms businesses have to create the flexibility in their response. This isn't easy but it is cheaper than the alternatives and creates the opportunity to exploit opportunities- not just absorb risks. make risk your friend.

This article was originally published in prevero Blog