Skip to main content
Searching for a Single Truth

FP&A Tags
Financial Planning and Analysis
What is FP&A 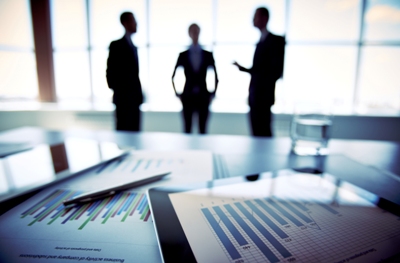 The search for a “single version of the truth” and how to “make FP&A a trusted business advisory unit to the boardroom … like an internal dynamic Harvard/MIT unit” were among key trends identified by the London FP&A Board.

Present at the  meeting of the board, which has already produced best practice guidelines on insight management techniques, job skills and data, while endorsing an FP&A Club guide to technology, were Naomi Hill, chief financial officer (CFO) at IBM UK & Ireland and Hans Gobin FP&A director at specialist pharmaceuticals group Norgine.

Other contributors to the debate on current FP&A trends were Frederik Reynaert, head of financial planning and reporting at Scotch whisky distiller William Grant & Sons and Julie Brown, director of finance at Cafcass – the UK’s children and family court advisory and support service. She was joined by public sector colleagues and heads of finance at National Health Service (NHS) units Jay Mehta and Joseph McElligott.

“Nirvana is to get everyone in a corporate to be able to quickly look at the same data, in the same format, cross-departmentally,” said one senior FP&A attendee, speaking under the anonymised Chatham House rules. “To use technology to get a ‘single version of the truth’ is the aim but it’s not easy to do.” The possibility of eventually rolling-out such consolidated data formats, key performance indicators (KPIs) and metrics externally to partners in the financial and physical supply chain was also debated.

A plea was made for the finance function to be involved in senior level discussions from the outset. As one member board petitioned: “We’re here to do more than keep you on the budget! Use our financial knowledge and analytical skills to predict, spot opportunities and so forth.”

This came during a discussion about changing FP&A culture with a key trend of moving away from a traditional annual budgetary approach to rolling forecasts and analytics identified under an over-arching structure that includes:

The debate on FP&A people skills sparked a query about how many attendees were trained accountants, with the Association for Financial Professionals (AFP) certification programme – designed to provide specific FP&A training – also discussed. Most board members confirmed they were trained accountants, but as one noted: “There is a cross-border cultural difference here. In the US, for instance, MBAs are more highly prized [than accountants].”

Organiser of the London FP&A Board Larysa Melnychuk agreed, noting “there are 500,000 qualified accountants in the UK …but in different countries, different skills are prized” – a fact confirmed by visiting US-based AFP chief operating officer (COO), Jeff Glenzer.

“My company doesn’t want to recruit more graduates who’ve been through the major accounting houses – I’ve got those already in my team,” said one member. Instead, they “want IT literate statisticians that can use multidimensional business intelligence (BI) software; not just Excel!”

This led to the third debate topic of the session, focusing on systems. One attendee shared her corporate’s plans for self-service BI, another said his company planned to drop its Cognos system, “because no-one uses it now the novelty has worn off, five years after implementation …it’ll save £0.5m per year in wasted licensing and support.”

The issue of the objectivity of numbers and numerical facts versus subjective interpretations was also hotly debated. Some board members maintained “everything is subjective, it’s inevitable” in terms of telling the narrative of numbers. Highlighting, negating or rolling over certain numbers – within the rules – is an accepted part of practice they argued, while others maintained that: “the numbers are the numbers”.

One member insisted: “The autonomy and integrity of a finance professional’s numbers are what makes the function important and useful.” Bad figures cannot be used for proper budgeting or analysis, but the root cause of the dispute merely rests upon differing forms of definition and emphasis. The endgame – to make numbers matters and gain a voice on corporate boardrooms – remains the same.

Similarly, a disagreement about what exactly FP&A is was triggered by a debate on how it is variously referred to as financial control, planning, and many other job titles around the world. Melnychuk offered the AFP’s own definition: “FP&A’s role is to be a trusted business advisor enabling better informed decisions to be made”.

That key phrase, ‘trusted business advisor’ was also identified by a board member as the key headline-grabbing change – the move from budgeting to analysis. Related to this is the core need to be collaborative and more integrated into corporations and decision-making structures so that finance isn’t a standalone function “whose numbers are often ignored”. This key transformation from a passive function to a dynamic FP&A one among the crucial findings of the evening. It should ensure financial professionals’ advice is listened to.

To advise and not just report is a key strategic duty of the modern finance professional’s obligations, agreed the board. The quicker they can do it, the more the function’s importance will rise.

However, one member demurred, commenting: “That AFP definition is OK, but remember there is a difference between a corporate FP&A department and a business unit FP&A team. The latter can be over-ruled on pay, strategy and so forth by departmental heads.” That depends upon the culture and integration level within each organisation, however, responded another member, adding: “The distinction doesn’t apply to every organisation, or geographic region.”

The evening concluded with a case study about Etihad Airways from Melnychuk. In just 10 years the corporate has gone from a startup with no FP&A function to one where it lies at the heart of its business.

A maturity model slide illustrated how Etihad started on Excel before rapidly moving to new dedicated FP&A systems as it grew. A new self-service BI infrastructure is in place to ensure departmental heads can get questions answered automatically and an advanced rolling forecasting approach has been adopted. The airline also seeks to hire analytical minds alongside accounting-based numerate graduates.

“The corporate’s aim is effectively to merge its budgeting and planning with its strategic function,” said Melnychuk, which is what the aim should be for all FP&A units. “I’d encourage all board members to think about their own maturity models and long-term plans and any shared generic step-by-step advice that can be gleaned for peers.” Another area identified for the board to explore in the future.