What will the Brexometer look like a year from now?

A prediction based on a win by the Conservatives or Labour

For all planners, forecasters, analysts and political junkies, here is an unbiased assessment of the two main parties’ plans as we undergo a frenetic and emotionally charged General Election campaign.

The visions of the two main parties have never been so far apart. Labour is offering Real change with a socialist agenda that is scarlet in hue.  The Tories are true blue, pledging to Get Brexit done.  For the first time here is an impartial prediction of how the UK will look in 12 months’ time.

The gap between both parties is wide.  A Labour victory would see a fall to 4.23, which is heading towards Cloudy on the dial.  A Conservative win would push the Brexometer to 6.12, where the needle points to Fair.  The last reading of the Accountagility Index (AAX) was 4.99, and the benchmark (taken just before the Brexit referendum) was 5.18.  The Index records UK political and economic health in a score out of ten.  Any score below 5.00 is negative.

In terms of economics only, the difference is even starker.  A Labour administration would be presiding over a score of 3.85 whereas a Tory government would be at 6.21.  The last reading was 5.78.

See below for more detailed analysis, or watch an interview with our Brexometer guru David West laying out the context.

How were these figures produced?

Following the announcement of the two main parties’ manifestos, analysis has been performed and assumptions made, against a measurement date of 12th December 2020.  These assumptions were then fed into the model and the results calculated.

What overall assumptions were included?

What assumptions were made under a Conservative victory?

What assumptions were made under a Labour victory?

When is the next Brexometer release?

The next Brexometer measurement will be taken on Friday 13th December, immediately after the result of the General Election is known.  It will then be released on Monday 16th December.  Who will win and how will this affect the economy?  How will the Index react? Keep following the Brexometer to find out.

In compiling this Election special Brexometer, many assumptions have been made, and the key ones are described above. The Brexometer, together with the Accountagility Index (AAX), is a politically neutral measure that records UK political and economic health in a score out of ten. Any score below 5.00 is negative. This Election release has been produced impartially after studies of the manifestos of the two parties who could feasibly lead the country after 12th December 2019, Labour and Conservative. Independent information has been sourced from ONS (UK Government’s information service supplied by the Office for National Statistics) and the independent group IFS (Institute for Fiscal Studies). The Brexometer scores do not attempt to assess the happiness of the British population nor the virtue of the parties’ policies. Readers are advised that Accountagility cannot take any responsibility for decisions taken as a result of viewing this release. The Brexometer is created to give general information and a high level understanding of the impact of Brexit.  The creator is not a politician and the Brexometer should not be considered as political advice nor be used to decide on how to vote. 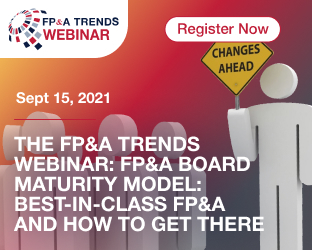