Skip to main content
London FP&A Board: Are Fancy Visual Aids Worth the Investment? 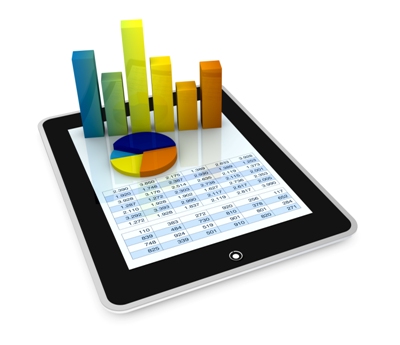 Some time ago, the FP&A Board in London saw members debate whether fancy business intelligence (BI) software tools are a wise or even necessary investment. The general consenus was that boardroom members often don’t want to see complicated graphs, instead preferring to see the numbers in a flat 2D table.

“I’ve worked for a chief financial officer [CFO] who hated graphs,” said one senior FP&A professional. “As a finance person, he wanted numbers, not graphs. He even got his PA to print off a dynamic clickable dashboard I produced! A lot of a presentation depends upon who you are presenting to. I’ve certainly adapted my technique and tools depending upon who is listening.”

Conversely, another member had worked for an iPad-savvy chief executive (CEO) who wanted interactive visual aids and graphs, so he responded accordingly. Over time, such a data-heavy visual approach spread to the rest of the company.

“It’s not just the audience that is important, the author is too,” cautioned another member, stressing that data visualisation is about spotting trends, interpreting data and finding business opportunities – it isn’t just a presentational approach. Presenting a data story well and understanding it are two sides of the same coin.

Choosing the Time and Place

The discussion progressed to when and where to use a bar or pie chart, scatter plot table or other data visualisation tool, and in what context. One member electronically shared a good decision-tree template he had used to help him make a decision about what charts to use, where and when.

The issue of whether to first have a hypothesis that can help you explore the data, avoiding a ‘garbage in, garbage out’ scenario, or whether to simply let the data lead you to some unexpected conclusions and strategy ideas was debated next. Some members advocated the latter approach while others warned about the dangers of correlation and causation not being the same thing. This is where the human element and the skills of an experienced FP&A practitioner can come into play in terms of deciding what financial data is relevant and useful and what is “just noise”.

The topic of whether an FP&A or IT professional is best placed to implement an over-arching data visualisation methodology at a firm was also hotly debated. One member insisted “it should be us that runs such a project because we understand the numbers” while another said, “our skill set is not that of a data scientist”.

A collaborative approach, with each side contributing their respective skills, is probably the best way to approach the implementation of a data visualisation project. “This will have the added benefit of avoiding departmental data silos,” concluded a member. 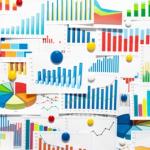 FP&A Professional, Are You Choosing the RIGHT Graph for Your Story?
October 23, 2017

There are so many ways to graph information, and many of them are not just labor-intensive... 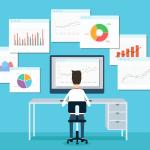 The Top Three Recommendations for Mastering FP&A Dashboards
May 29, 2018

Dashboards have become a powerful tool for FP&A to share insight and gain respect.  In this... 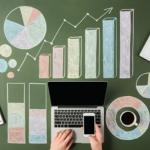 When the graph is the right way to present your FP&A information, several important questions should...