Some Accountants are the Blind Leading the Blind
New
November 8, 2021 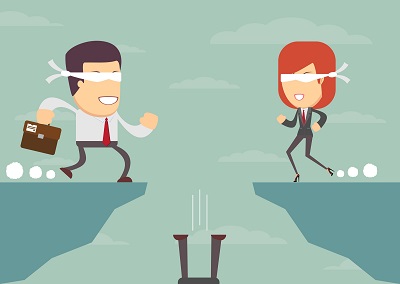 I recently met a management consultant specialising in management accounting and FP&A whose intentions were sincere. However, his advice was surprising, but not totally surprising, to me.

He mentioned to me that a company had inquired to him whether they should consider implementing Activity-Based Costing (ABC). ABC is one of an FP&A analyst’s tools. His next step was initially encouraging. He contacted the accounting departments of the inquiring company’s major competitors. He asked them if they are using ABC. The answer from them was that none of them is.

A missed opportunity for good advice

I was hoping the next thing he would tell me is this. I was hoping he would inform the inquiring company that they had an opportunity to gain a competitive edge with implementing ABC.

I presumed he would say to them, “I have good news for you. Your instincts are correct. You have realised that the amount of your indirect and shared expenses, commonly referred to as “overhead”, has grown large relative to your direct expenses. You may understand that this expansion is a result that your products and services have expanded with much diversity and variations. And the result is that complexity has caused this increase in indirect expenses to manage the complexity. By your using a single indirect cost pool with a single cot allocation factor that has no cause-and-effect relationship with those indirect expenses, the consequence is that you are simultaneously over- and under costing your products. Their costs do exactly reconcile in total but they are wrong with individual products and standard service-line. This is because cost allocations are a zero-sum error condition. Your competitors do not realise this, but now you do. Go for it. Implement ABC. Your company will much better understand their profit margin layers and where it makes and loses money – and why. You will also know what ‘drives your costs – the causes.”

Sadly, he advised the inquiring company that since its competitors do not use ABC then that is evidence that ABC is of little benefit to a company.

How long can this ignorance continue?

My ranting and raving

Those readers who follow my blogs and articles about FP&A and this specific topic about ABC recognise that I have been relentless in criticising the ‘homo accounticus’ accountants who remain in the stone age – or still in the 1960s. They are exposing their organisations to a risk that the enterprise risk management (ERM) community rarely references – invalid and flawed cost information that leads to misleading profit margin information and consequently poor decisions.

I remain in awe, and I am frustrated. The advanced and mature organisations that have adopted ABC would never go back to their traditional standard costing (unless a new mindless CFO or CEO shows up and rejects ABC as too complicated and decides to abandon it).

The longer these types of primitive FP&A analysts and accountants delay implementing ABC, then the greater the risks. The issue here is not mainly about product and standard service-line costing to understand their profit margins. The issue is about the emerging need to report and analyse distribution channels and customer profitability. This includes the broader scope of marketing, distribution, selling, and customer service expenses that are reported below the product and service-line gross profit margin line.

Open your eyes. It is apparent that today customers view almost all of their suppliers’ products as commodities. Customers want to be specially treated and serviced. This means that suppliers must provide differentiated services to increasingly differentiated micro-segments of customers to remain competitive. These are cost-to-serve costs, not product and standard service-line costs. Customers are the source of financial wealth creation for shareholders and private company owners.

The objective of sales and marketing is no longer about growing market share and sales, but rather it is about growing profitable sales. Accountants must accurately measure the ‘middle line’ to subtract from the ‘top line’ because the ‘bottom line’ – profits – is a derivative from both of them. And to use large aggregated indirect expense cost pools with a non-causal allocation factor (e.g., sales amounts, number of labour/machine input hours, number of units produced or services delivered, number of employees in a department, square feet or meter) to allocate costs is irresponsible. The results are distorted, flawed, and misleading. FP&A analysts and accountants should know better.

When the consultant advised his inquiring company that their competitors are not using ABC, then it is a case of the blind leading the blind. And, remember, that in the land of the blind the one-eyed man is king. 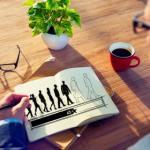 Just to have some fun I will take the position that some accountants and FP&A specialists... 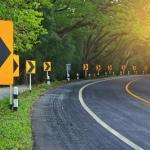 Building an analytically led organisation, focused on bending the cost curve and reinvesting those savings into... 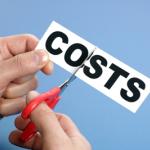 Any crisis raises the question of whether costs can be truly fixed. What fixed costs can be... 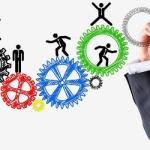 Building a good FP&A team is essential to the success of the finance function and even...